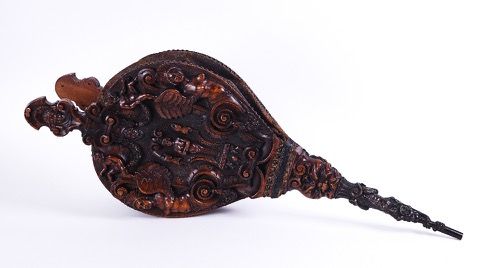 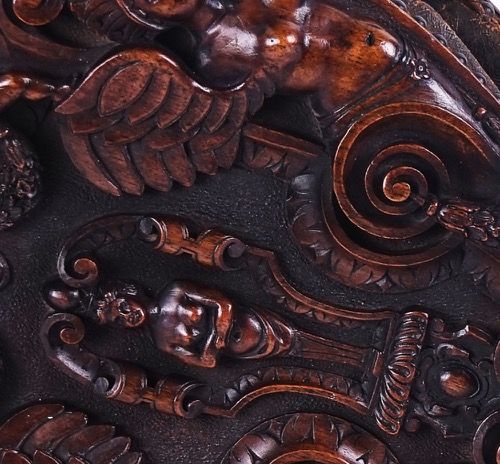 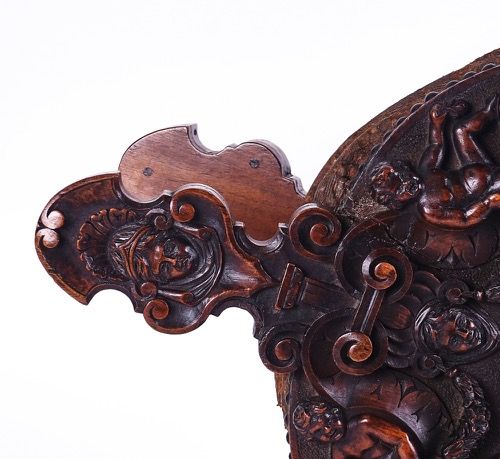 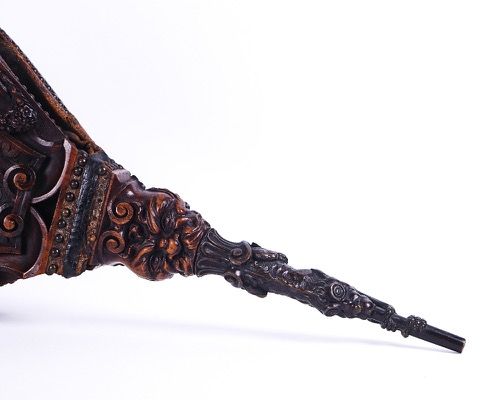 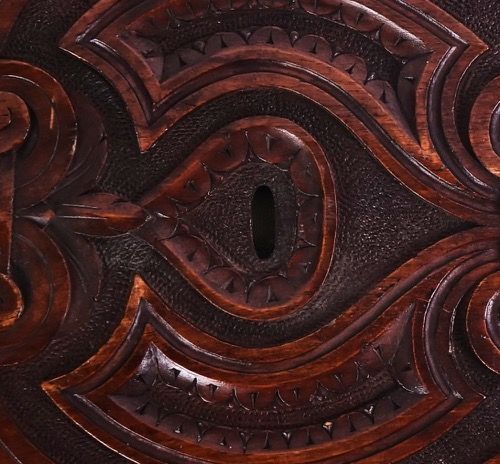 Carved with winged figures, cherubs and swags within scrollwork, a grotesque mask to the terminal, the bronze spout modelled as recumbent beast, the reverse carved with scrolls, leather gussets, 84cm long

This example is based upon earlier Italian examples, one of which is illustrated in Edward Pinto's 'Treen and Other Wooden Bygones' 1985, plate 112, page 108.  Another example held in the Victoria & Albert Museum's collection is also comparable, dated to the second half of the sixteenth century, Italian and also profusely carved in high relief from walnut. See accession number 4279-1857.

Overall the surfaces have been cleaned and polished, with some restoration at some point.

Noticeably the front with a split running approx 8cm down from the side of the integral handle towards to the right hand side of the swag.

General wear to the front with various small chips and nicks, rubbing and wear commensurate with use and age.

The reverse panel wih more scuffs and rubbing apparent. Some old chips and loss in areas. Chips, loss and a crack to the base of the handle, which has been repaired at some point with pinning apparent to the reverse side.

The leather is very worn, dry and thin in areas with numerous cracks. Some areas with visible coloured decoration and different embossed patterns. One section on the right side with visible join  where one section of leather overlays the other. Some later later banding to the area above the terminal with various losses.

The nozzle is slightly loose. There is a gap between the nozzle and terminal mask.

Rubbed patina, worn and with a several holes to the metal over the beast’s snout.