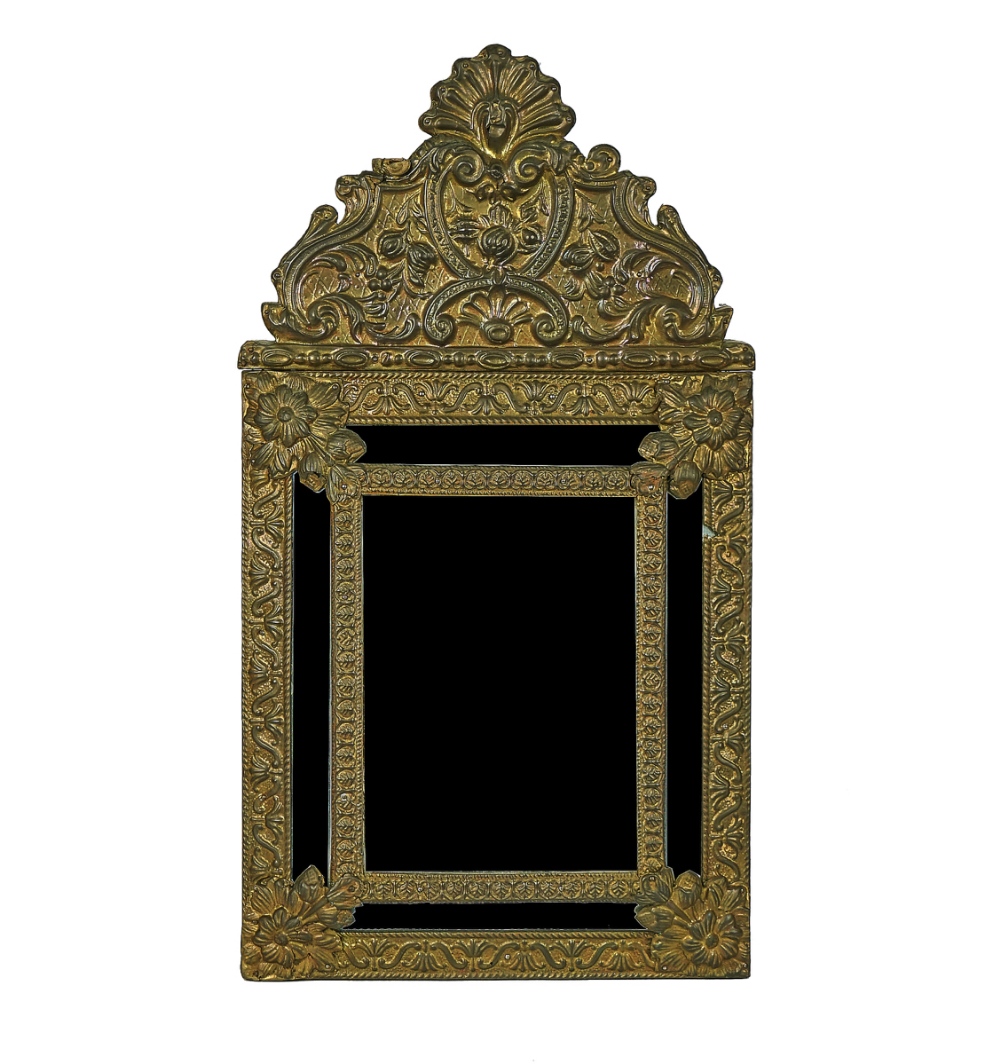 The arched top with two later supporting braces to the reverse. Various old holes, dents and rubbed areas to the pressed metal commensurate with age. The arched top with a number of small holes and small dented areas, including a bent over edge to the top left..

Further later pinning to some of the pressed brass decoration in areas to the main body of the frame, parts which have invariably become loose over time, worn and torn in places, due to the thin gauge. One small chipped area where there is also a thin crack and metal has become brittle. Other smaller cracks in places.

Mirror glass with speckles of oxidisation, dirt and dust.