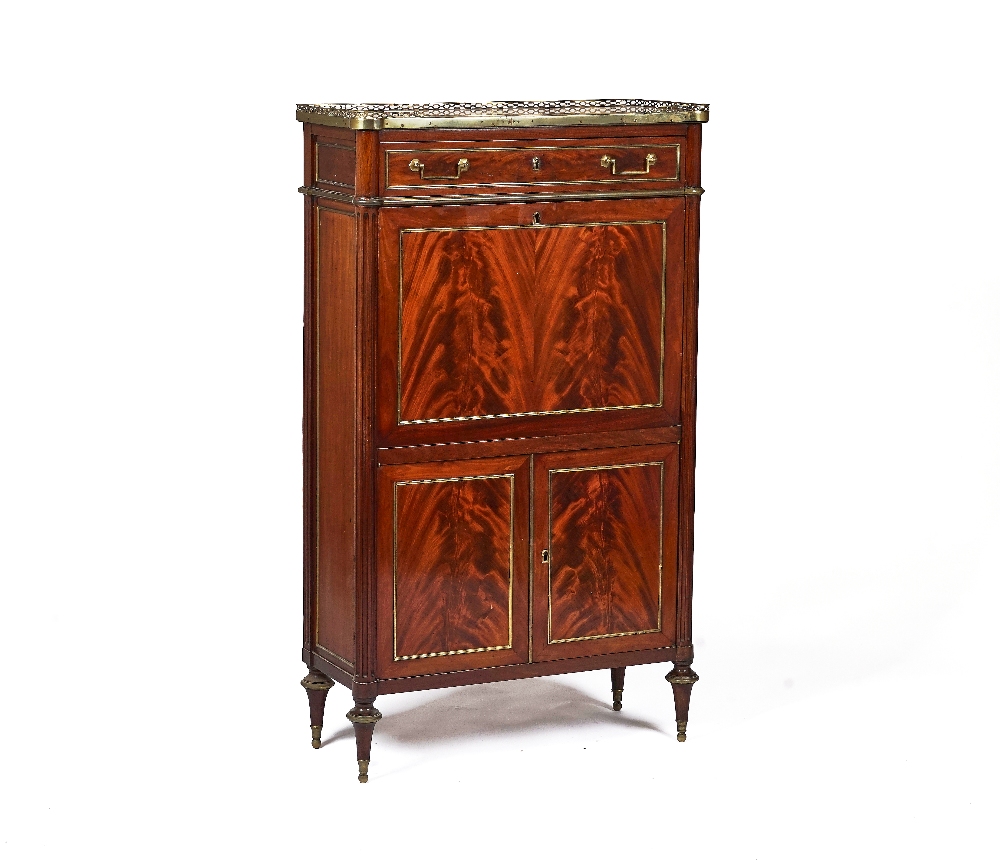 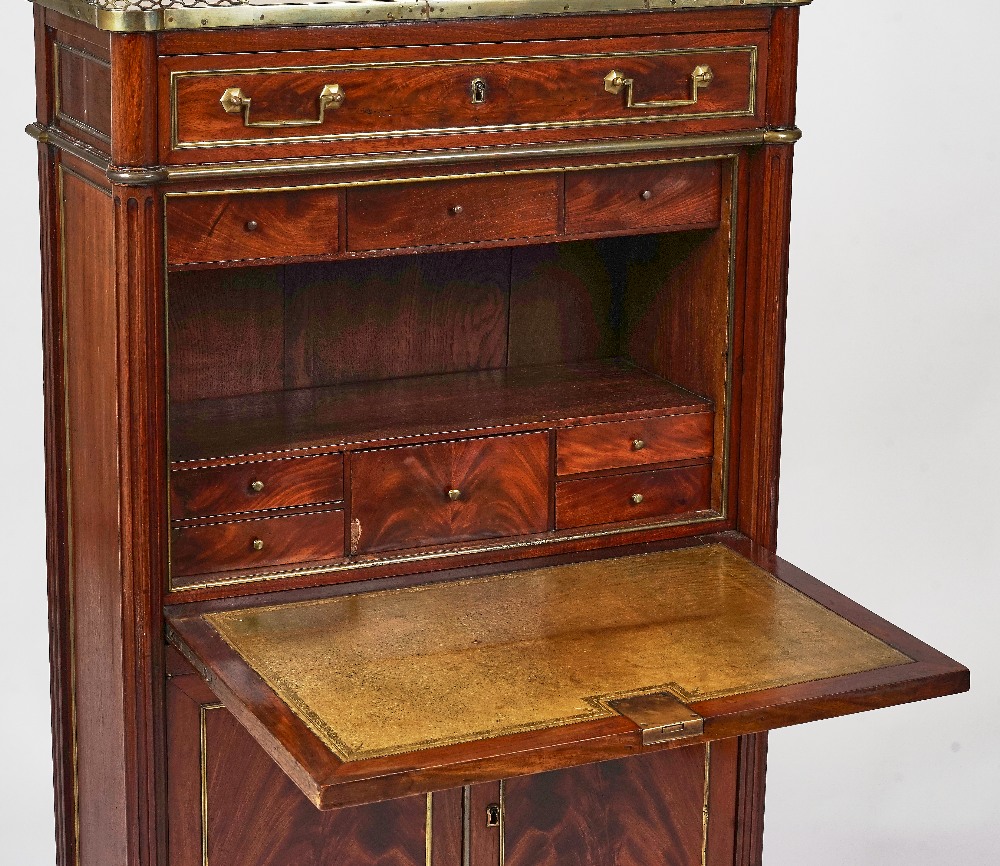 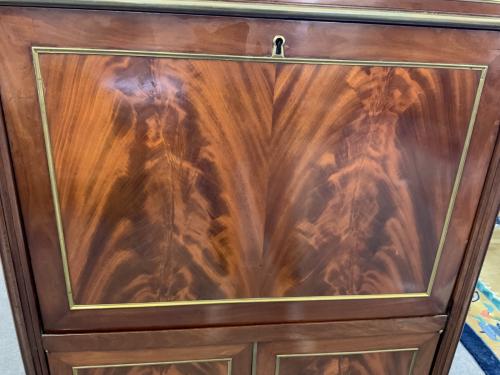 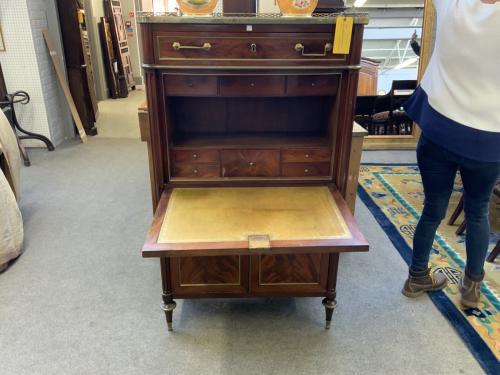 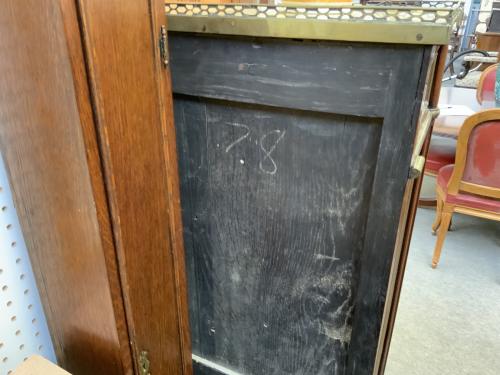 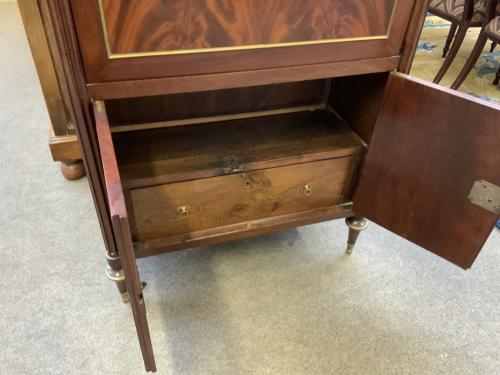 Some shrinkage and movement to the fall front.

The internal shelf  to the base has dropped a little resecuring.

Otherwise a few dents, chips, minor scuffs and other light movement to timber as to be expected.

Later lock to the fall front, no key

Probably dates to the early 19th Century rather than Second Empire / Napoleon III.