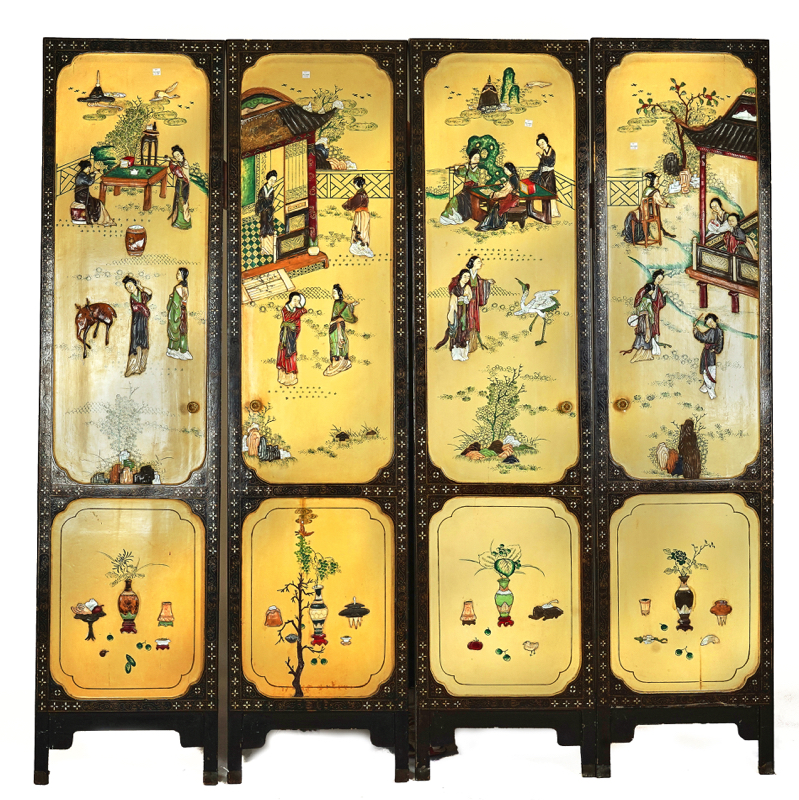 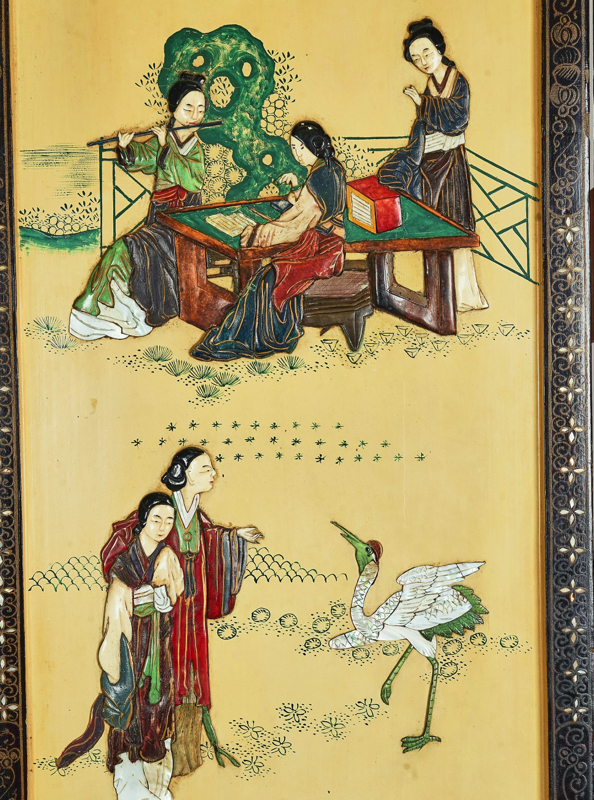 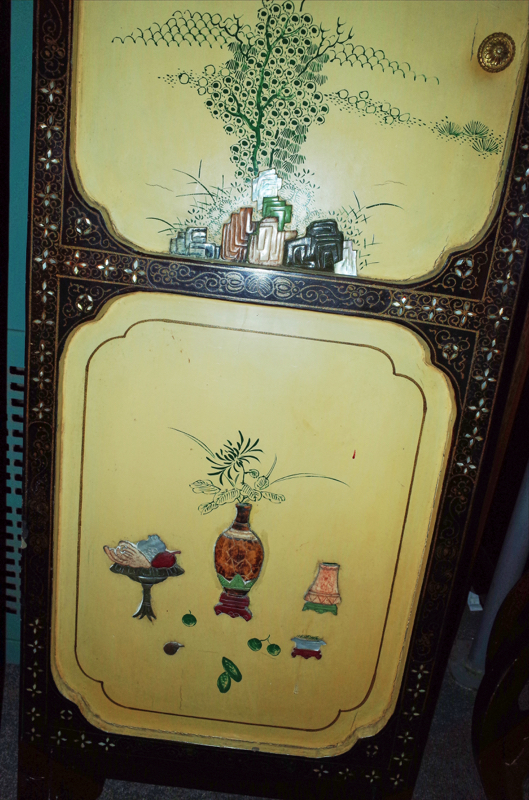 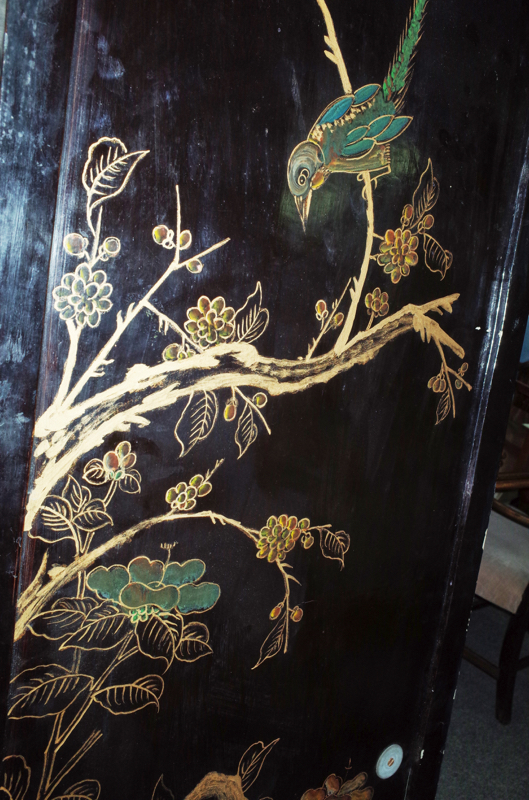 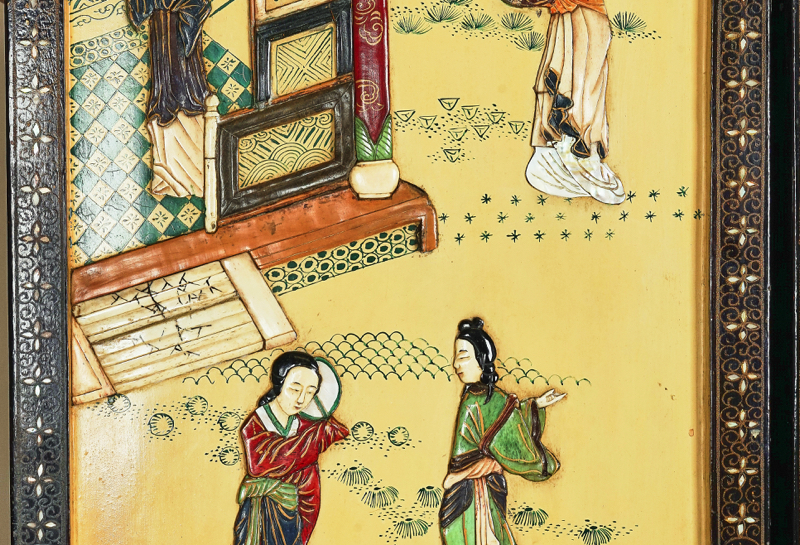 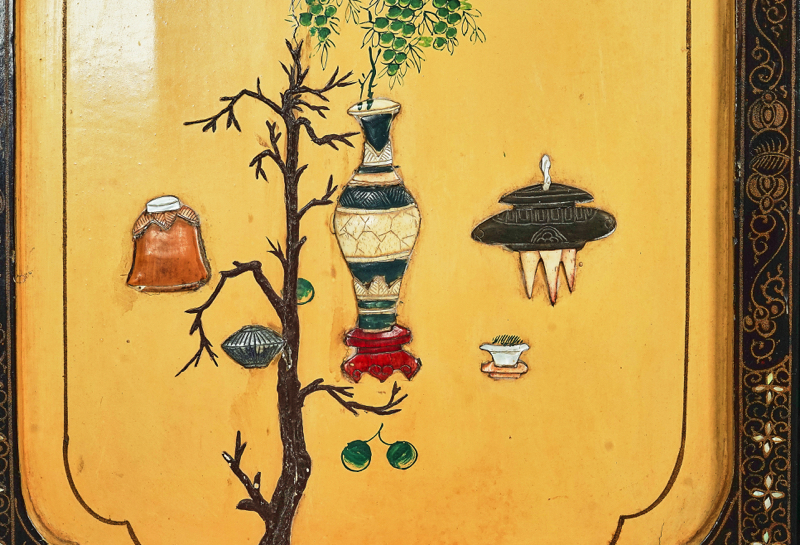 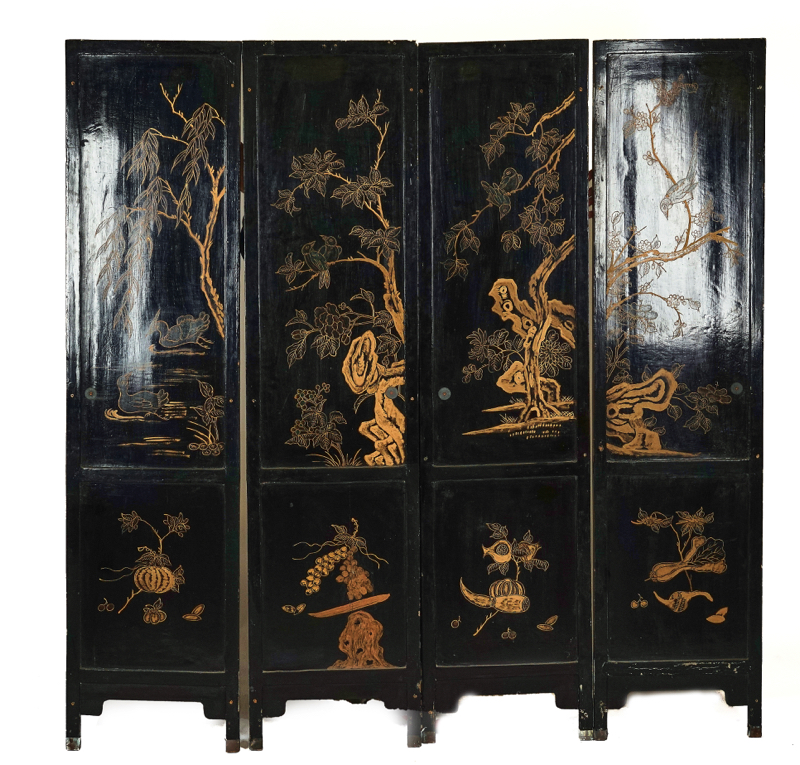 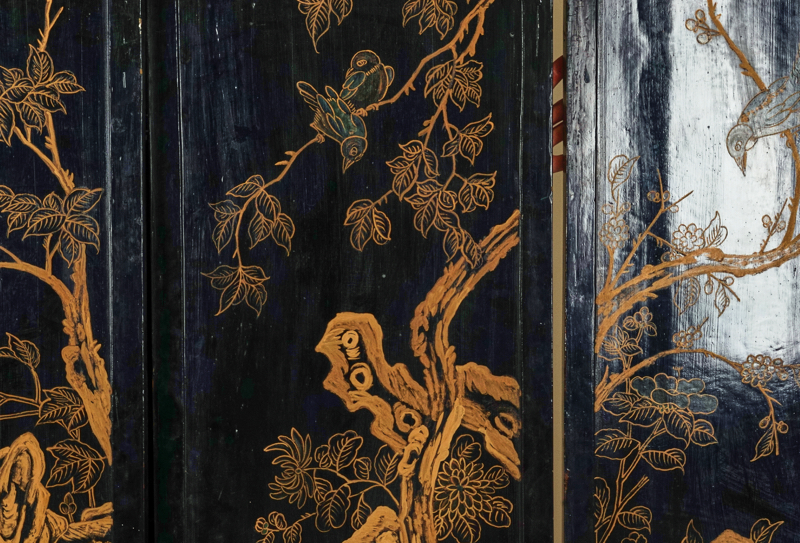 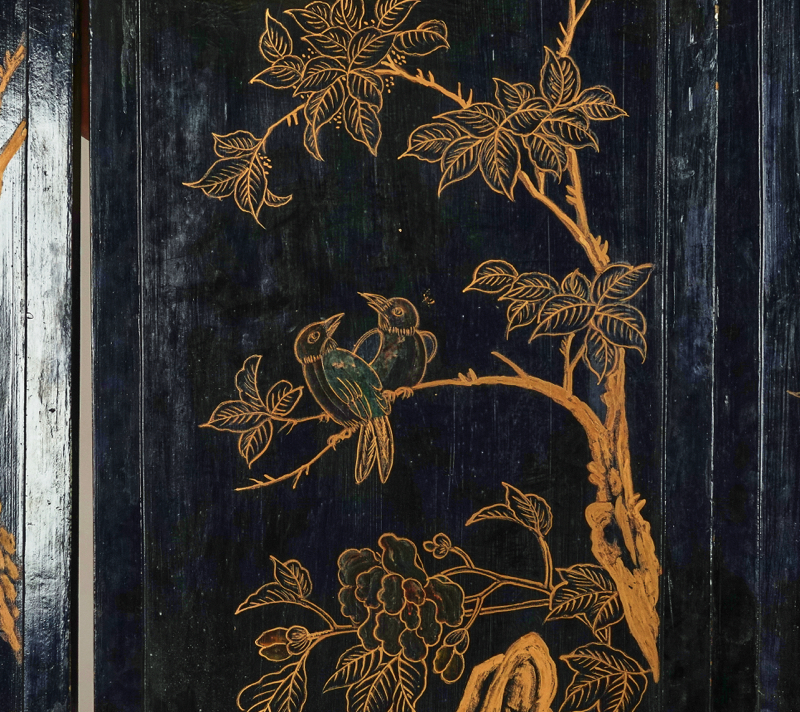 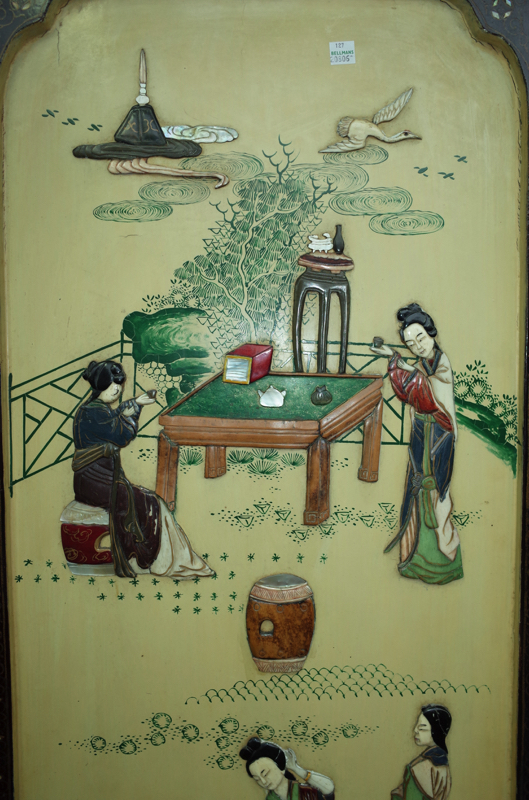 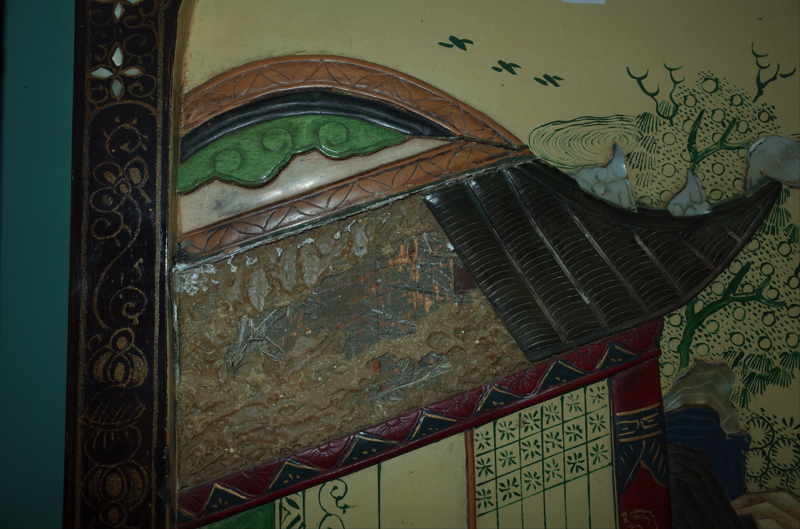 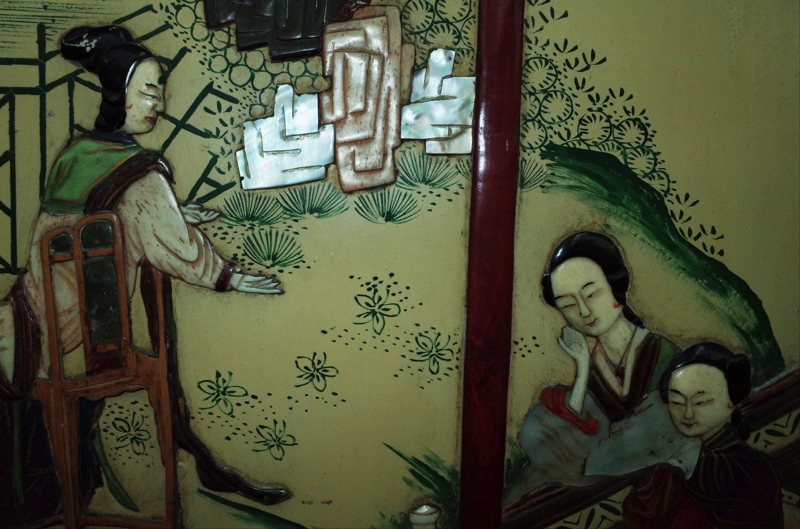 Missing a panel from the roof of one pagoda building.

Various other scuffs, chips and minor losses commensurate with use and age.

The sections are actually not hinged together and hinges are lacking.

Tarnishing, dents and losses to the metal caps of the feet.

Some variation in the yellow shade as can be seen in the images.

Dirt and dust, some shrinkage cracks in areas.