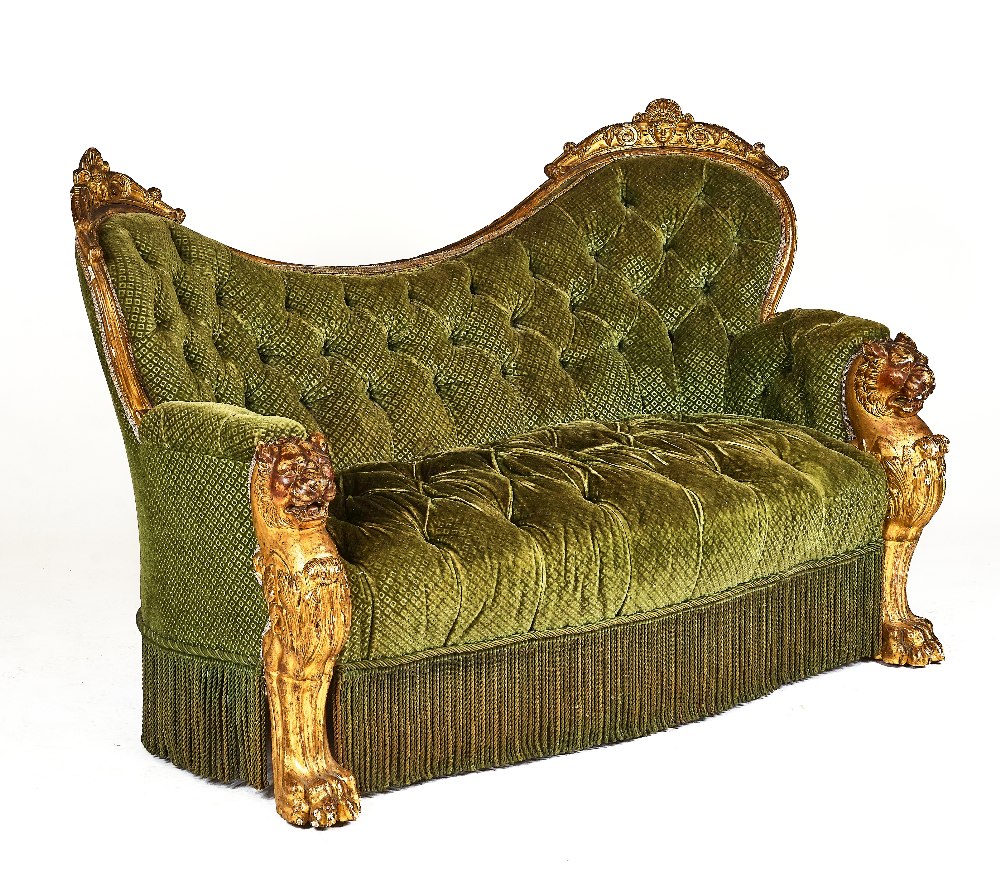 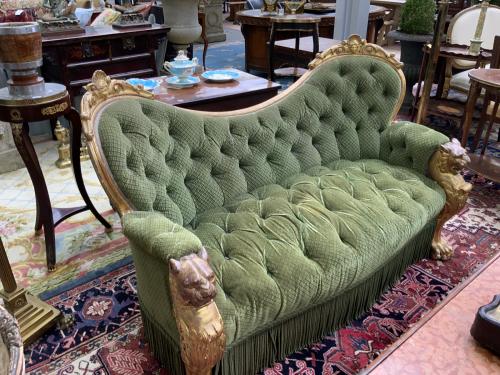 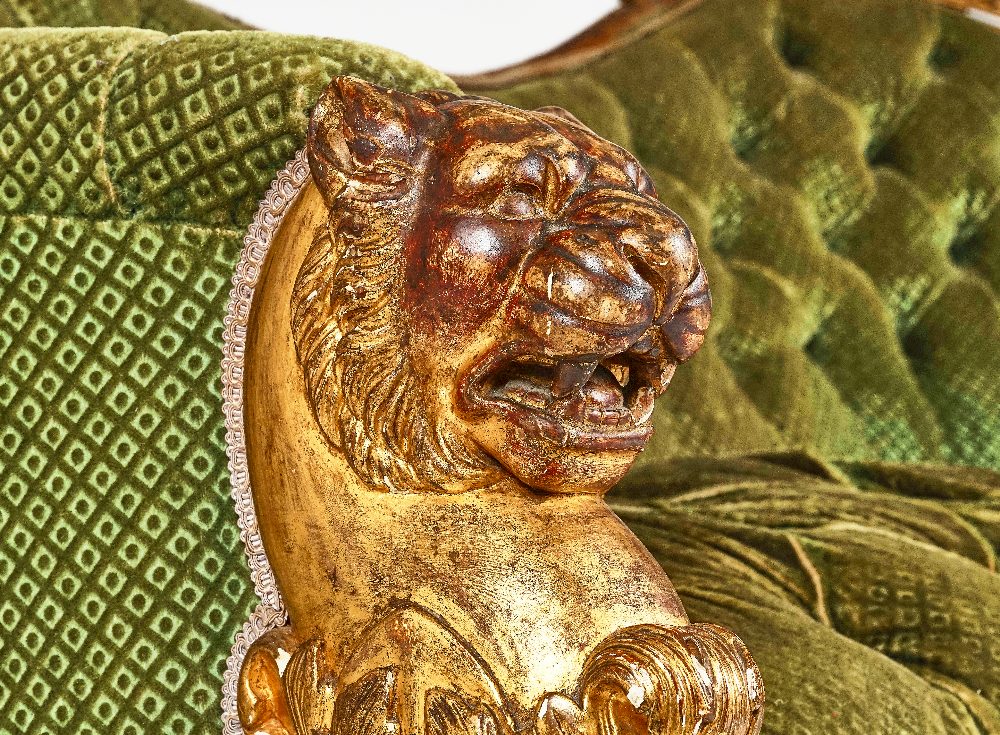 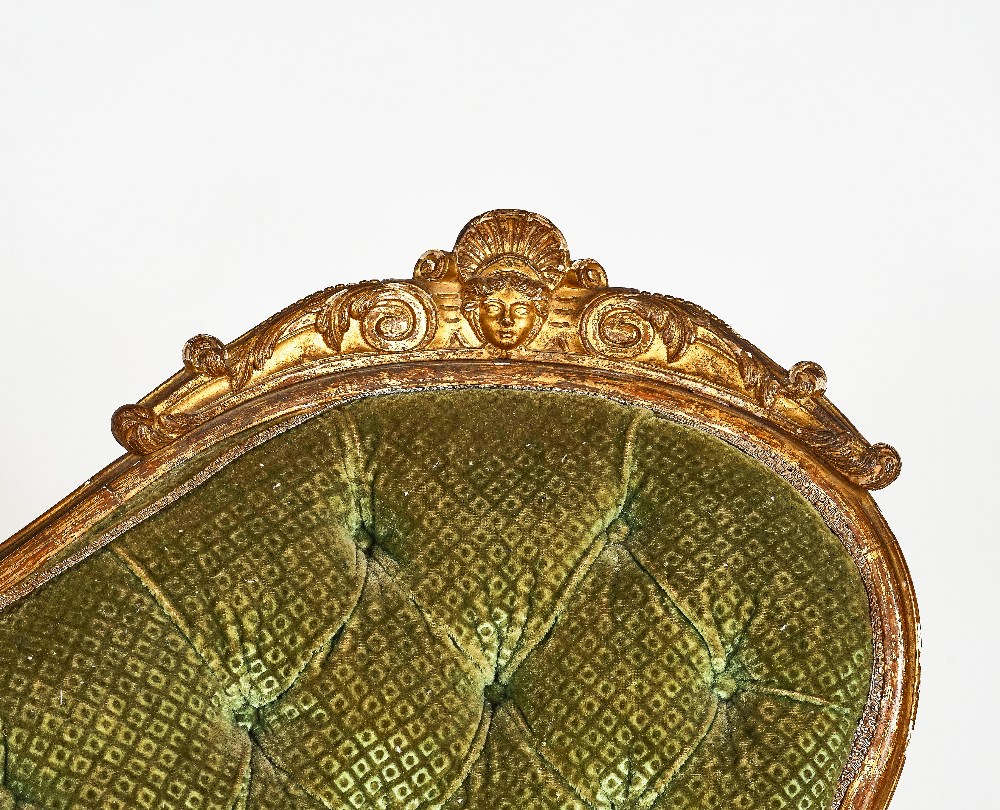 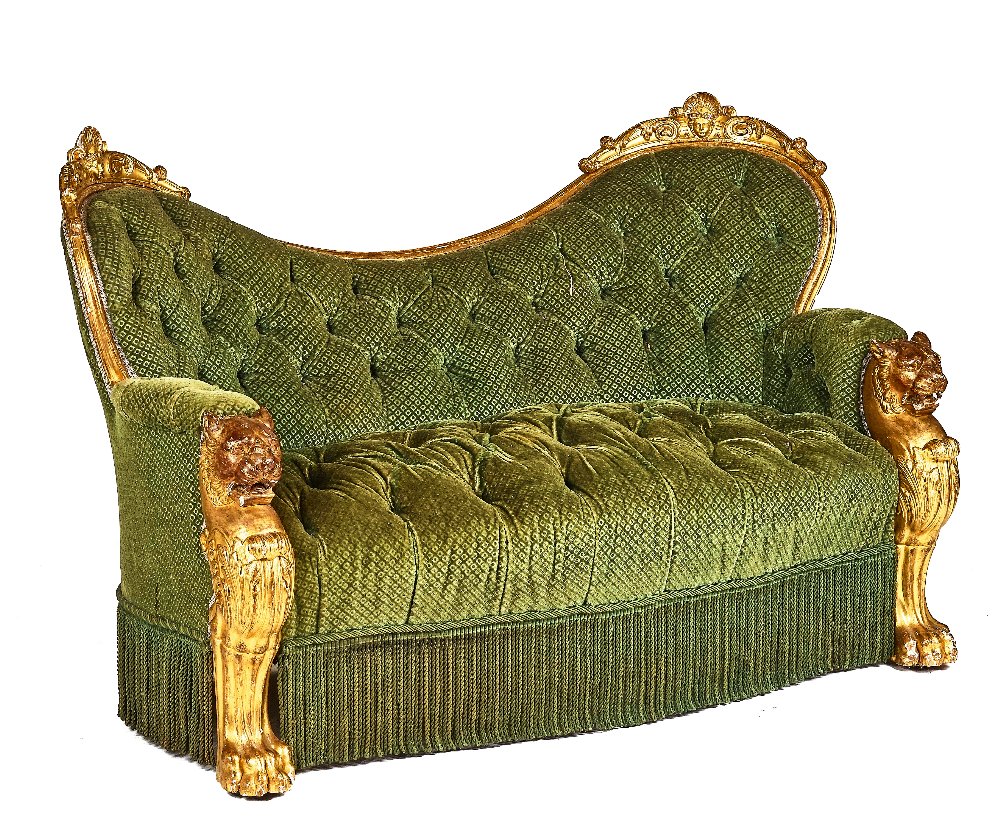 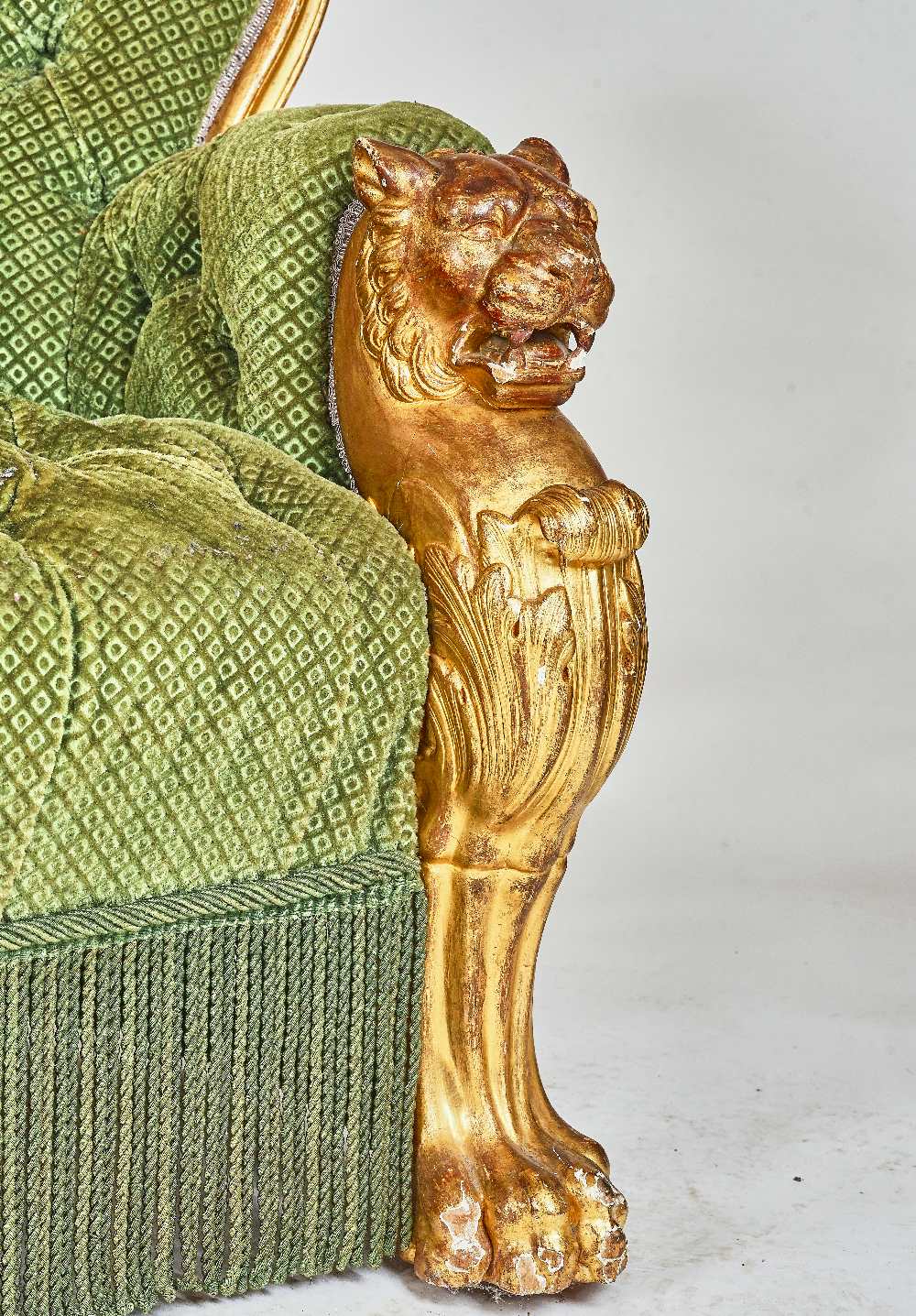 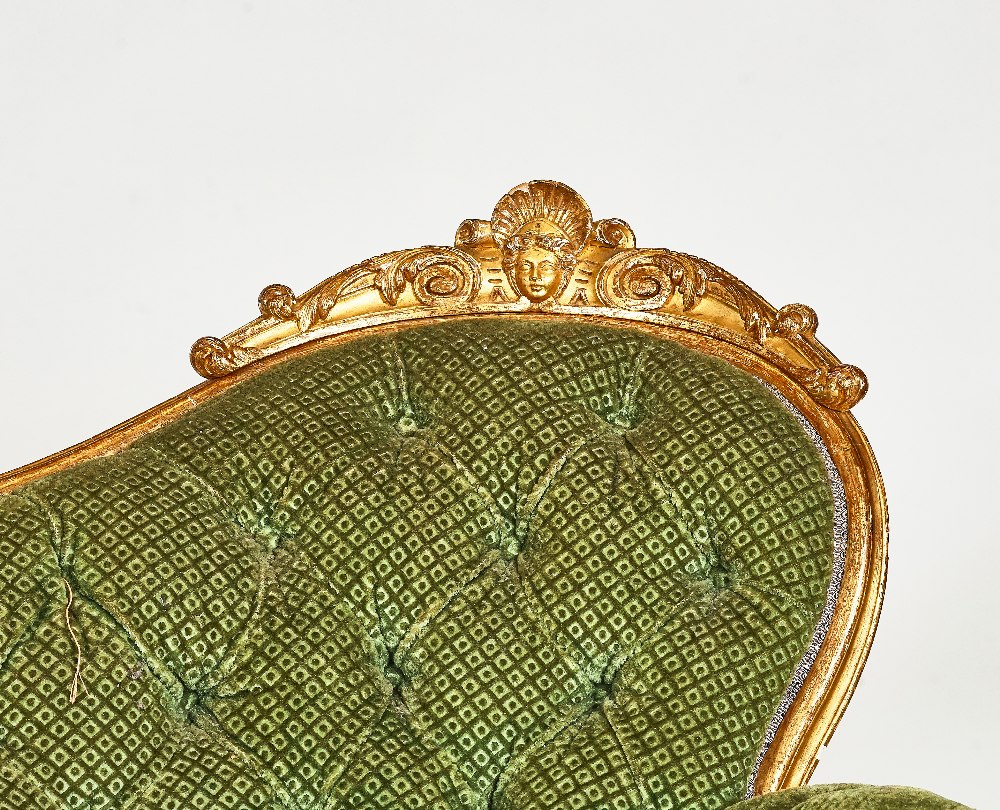 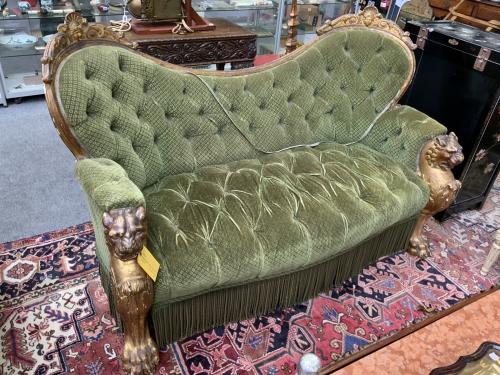 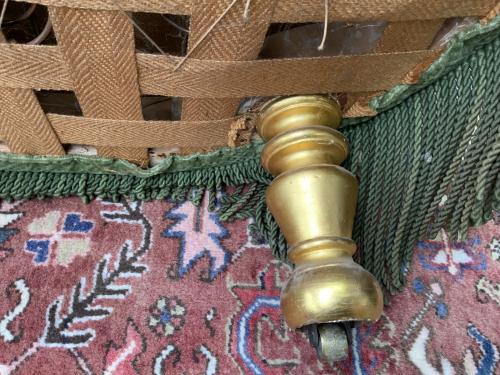 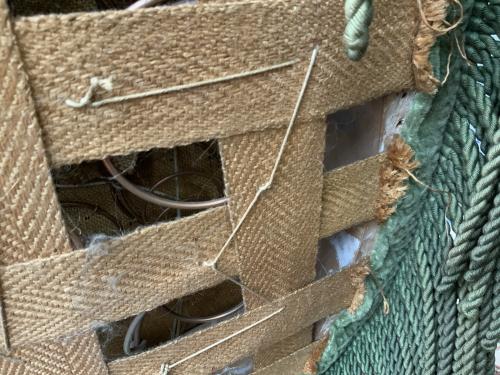 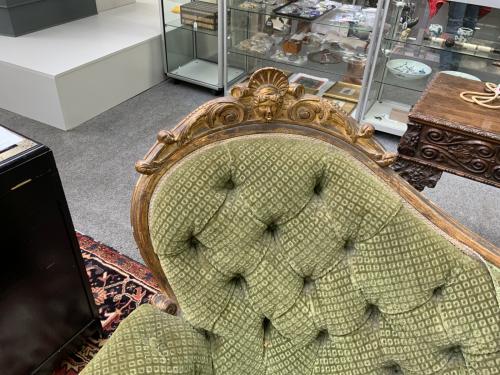 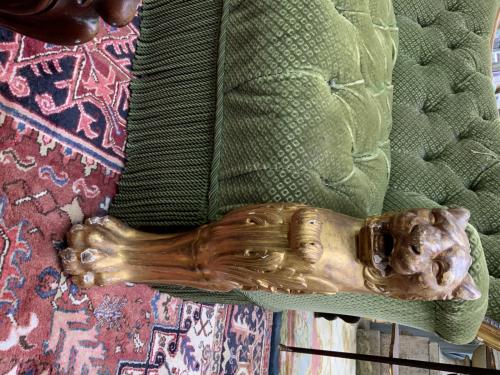 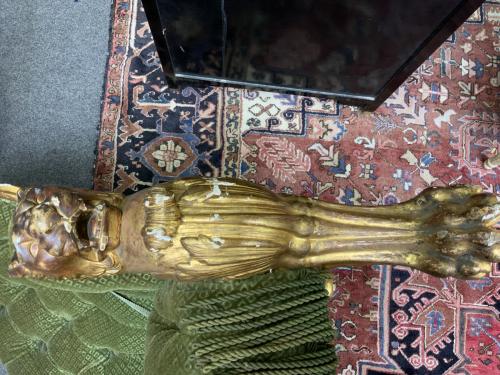 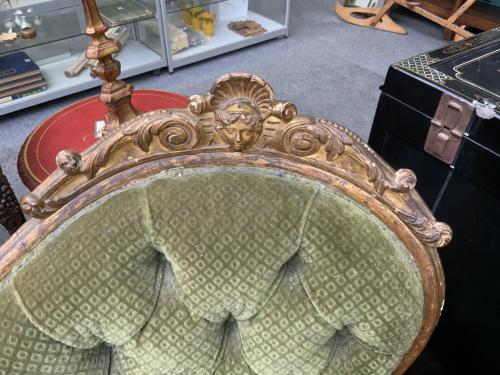 IN THE MANNER OF GILLOWS CIRCA 1840, A PAIR OF SHAPED GILT-FRAMED SOFAS (2)

Various chips and scuffs  the gilding, mostly to the high points and extremities, such as the paw feet, curl of the acanthus and lion’s ears, together with the edges and and top rails. Please see images on www.bellmans.co.uk

Reupholstered at some point.

One with loose edging to the back.

Dirt and dust to the upholstery.

Some minor shrinkage to joints as to be expected.

The crests are joined to the rails with a tenon - a little movement when pushed.