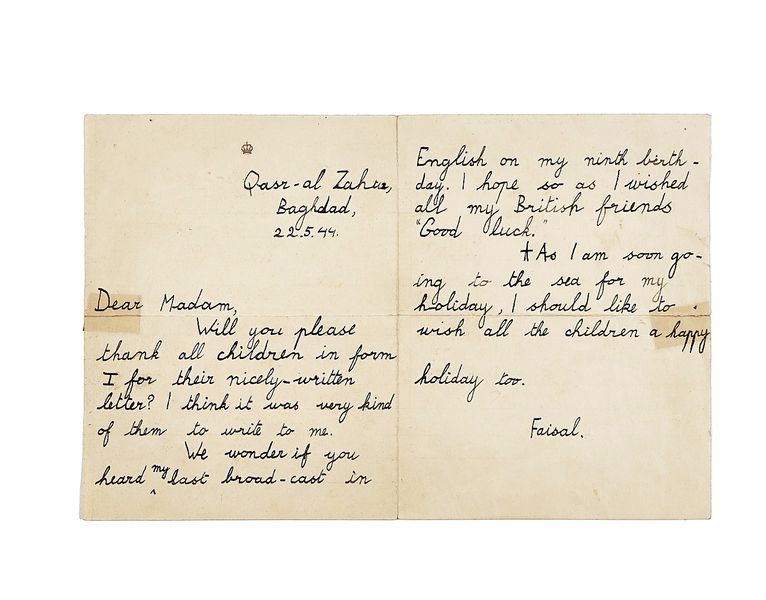 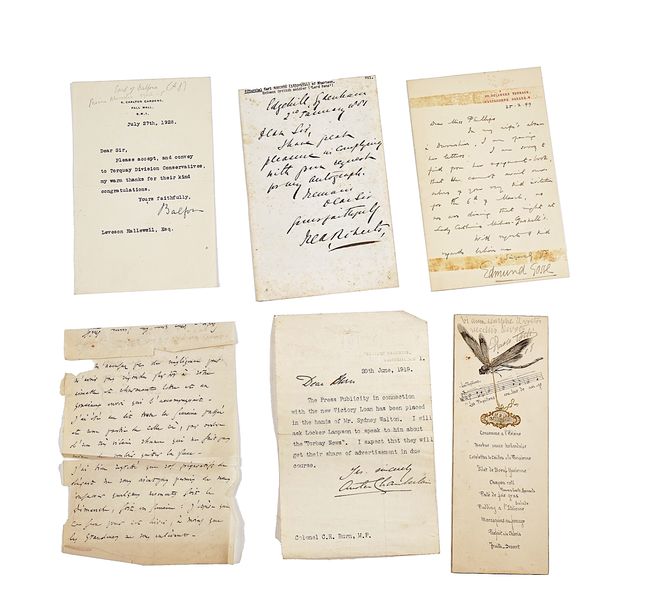 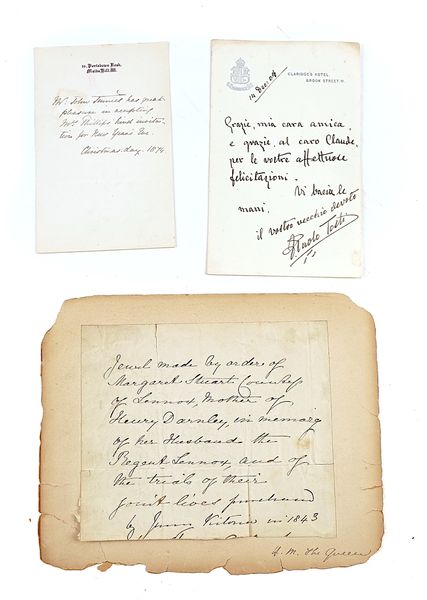 KING FAISAL II OF IRAQ (1935-1958).  An autograph letter on 2-pages, headed in autograph "Qasr-al Zahuz, Baghdad", and dated "22.5.44", stating, "Dear Madam, Will you please thank all the children in form I for their nicely-written letter? I think it was very kind of them to write to me. We wonder if you heard my last broad-cast in English on my ninth birthday. I hope so as I wished all my British friends 'Good luck.' As I am soon going to the sea for my holiday, I should like to wish all the children a happy holiday too. Faisal." A charming and correct letter, written when the King was just nine-years-old, presumably in response to an unsolicited letter sent to him by pupils of a British school. It is rendered poignant in the light of the king's eventual fate. Having acceded to the throne in 1939 at the age of just three, he ruled Iraq, following a period of regency, until 1958, when a military coup d'état led to his downfall and execution, along with other members of his family. He was to be the last King of Iraq. The letter is included in an album which also contains letters by Charles Gounod, Arthur Balfour (typed, brief), Earl Roberts of Khartoum ("Lord Bobs", brief), Austen Chamberlain (typed, brief), Edmund Gosse, John Tenniel (brief), together with a letter and a decorated menu inscribed by Paolo Tosti, and a fragment of a letter by Queen Victoria, and many other autograph items. (qty)