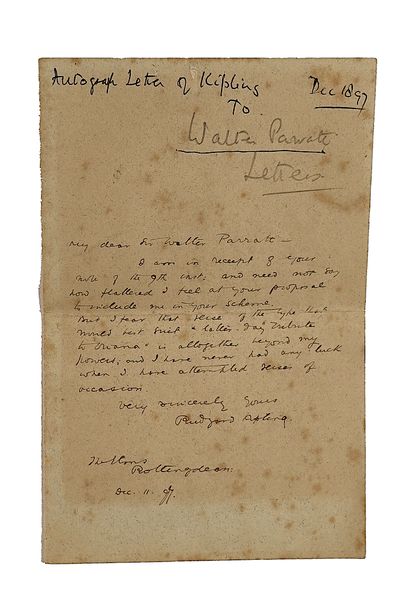 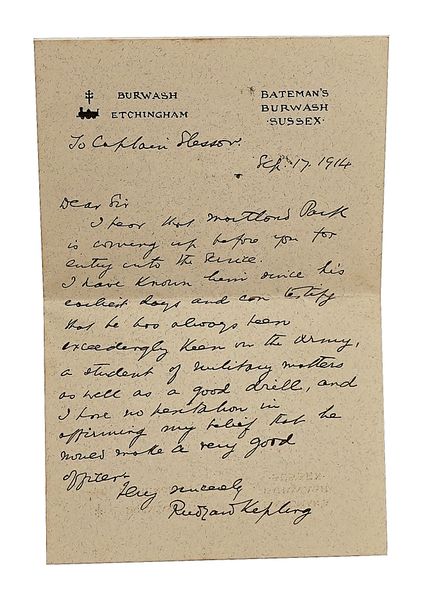 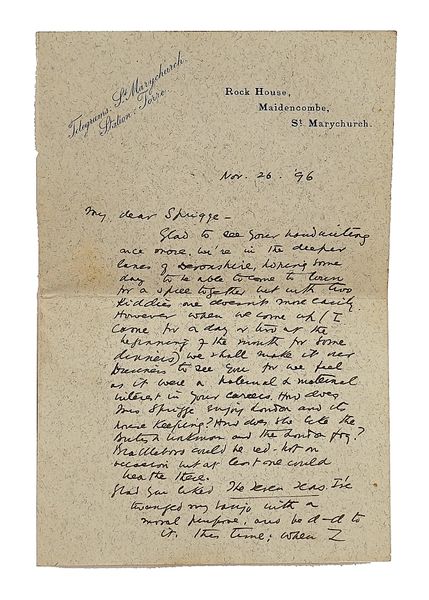 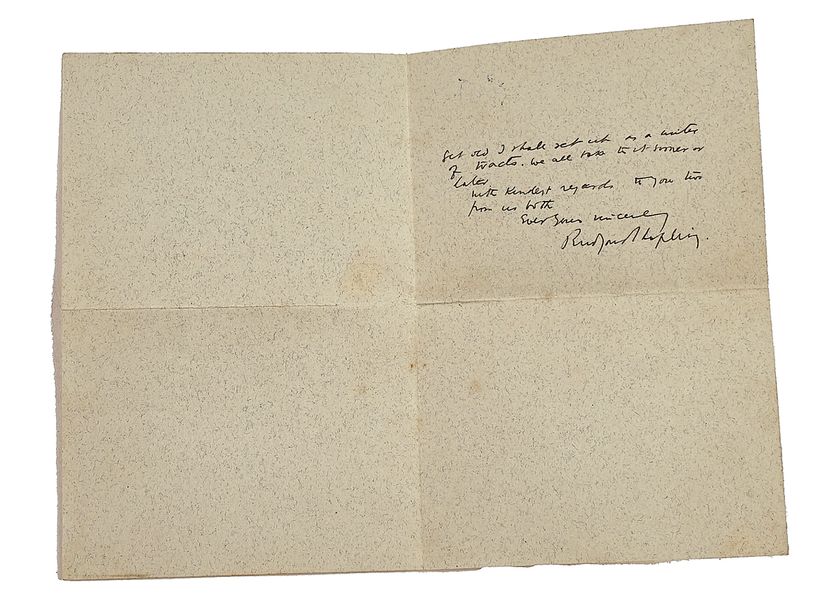 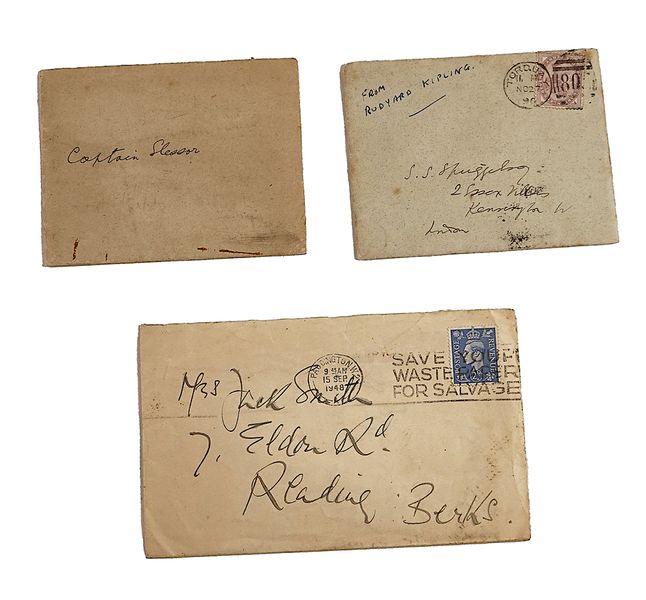 KIPLING, Rudyard (1865-1936). Three autograph letters comprising: a 2-page letter to S. S. Sprigg, dated Nov. 26, [18]96, on paper headed 'Rock House, Maidencombe, St. Marychurch', stating, "Glad to see your handwriting once again. We're in the deeper lanes of Devonshire, hoping some day to be able to come to town for a spree together but with two kiddies one doesn't move easily ... Glad you liked "The Seven Seas". I've twanged my [?]banjo with a moral before, and be d-d to it: when I get old I shall set up as a writer of tracts. We all take to it sooner or later ..."; the second, a one-page letter to Sir Walter Parratt, dated Dec. 1897, on un-headed paper, stating, "... I am in receipt of your note of the 9th inst: and need not say how flattered I feel at your proposal to include me in your scheme. But I fear that sense of the type ... [barely legible passage] ... is altogether beyond my powers ..."; the third, to Captain Slessor, dated Sept. 17, 1914, on paper headed 'Bateman's, Burwash, Sussex', enthusiastically recommending a friend as being suitable officer material. Rudyard Kipling's son, John, would die almost exactly a year later at the battle of Loos. With an unrelated letter from the actress Margaret Rutherford (1892-1972). All but the letter to Sir Walter Parratt are in their original envelopes. (4)