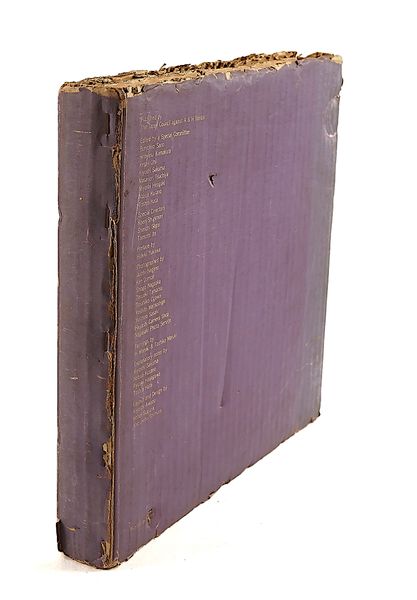 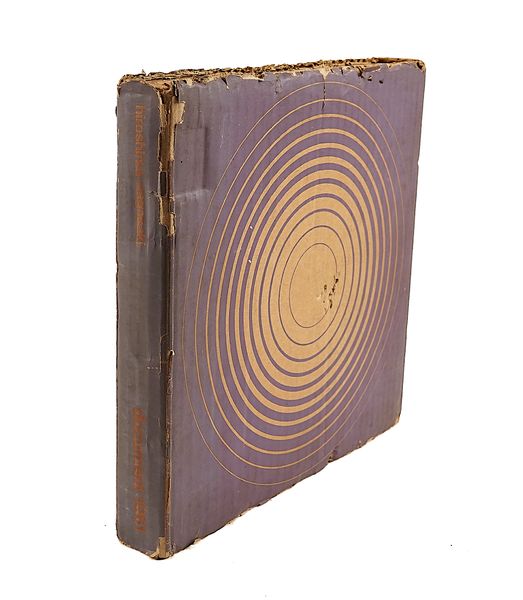 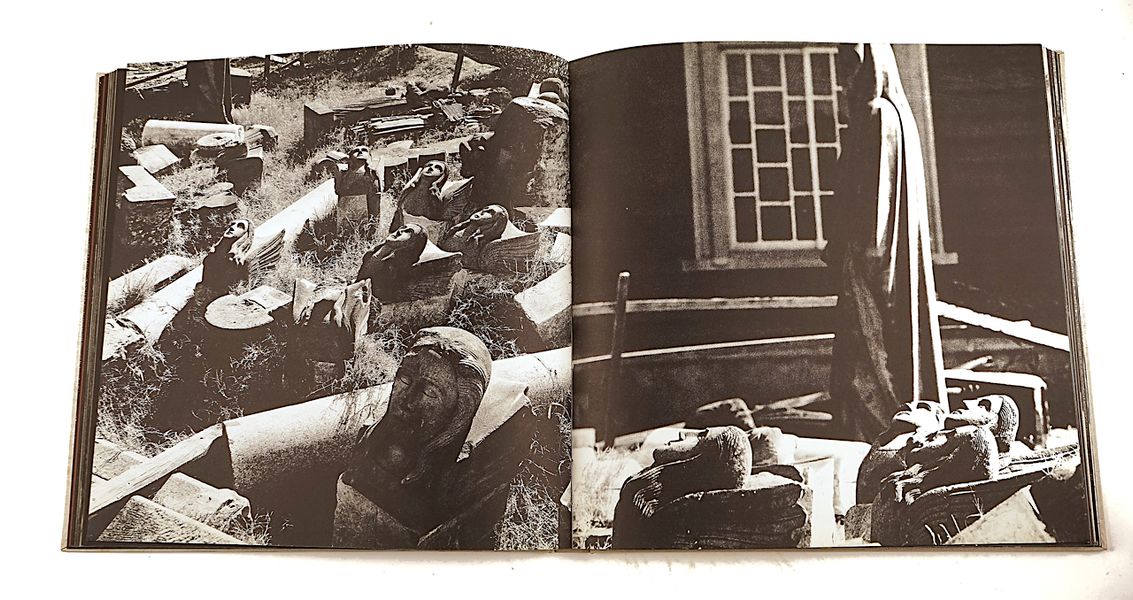 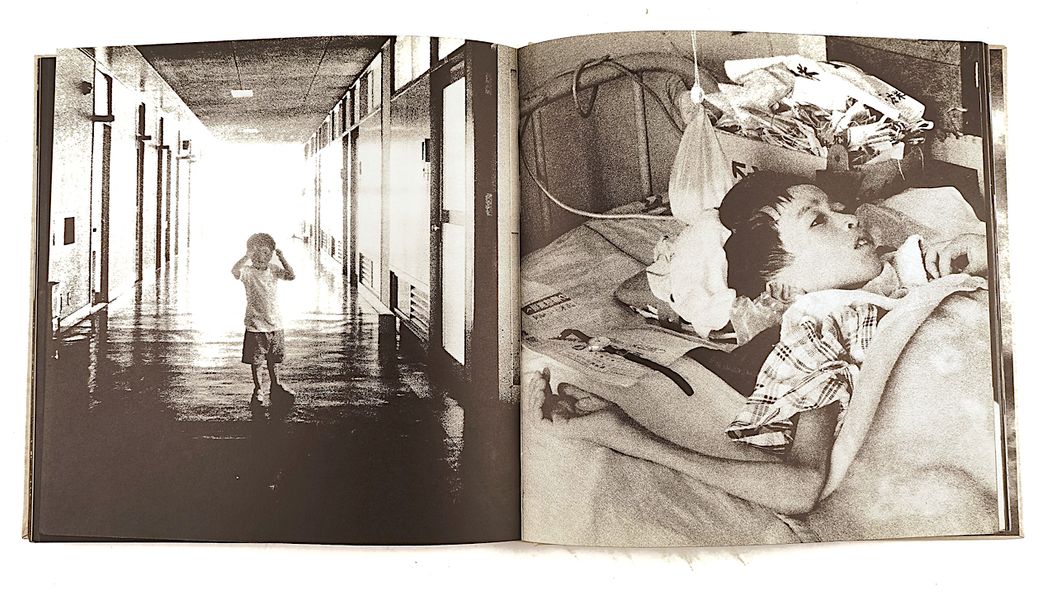 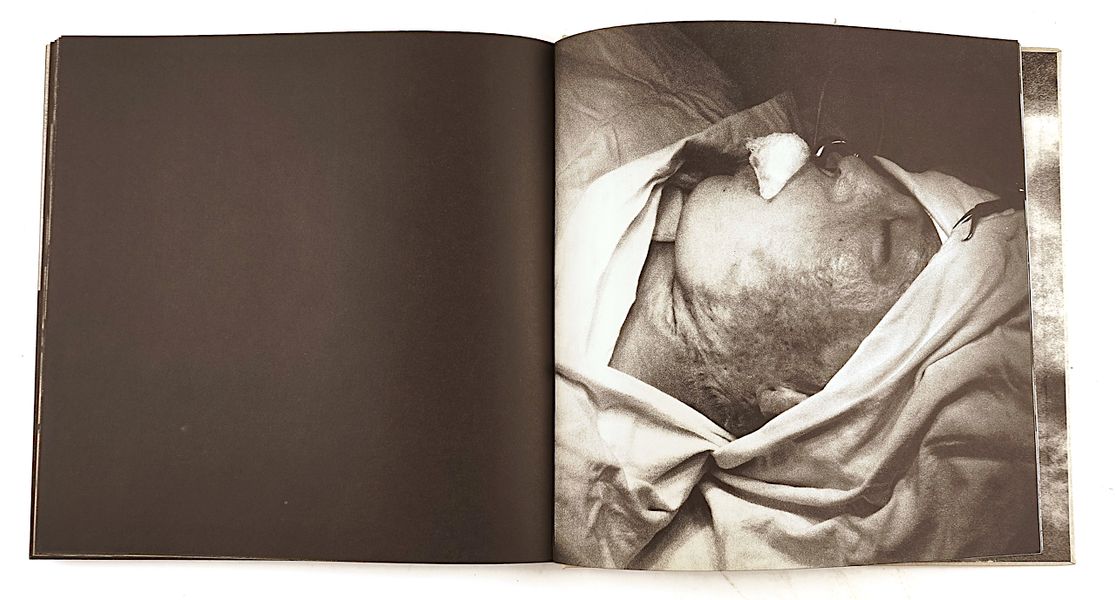 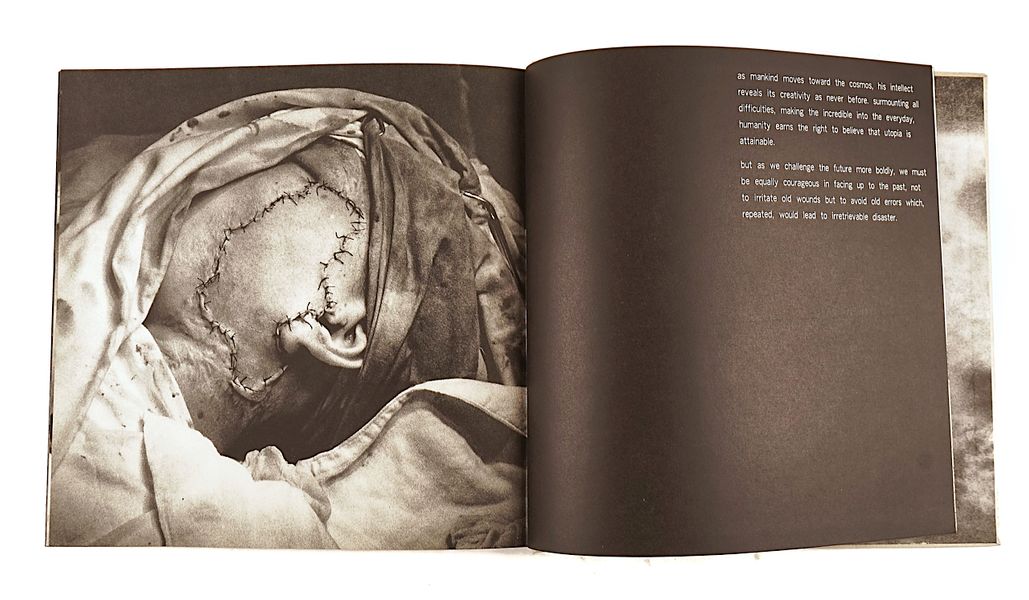 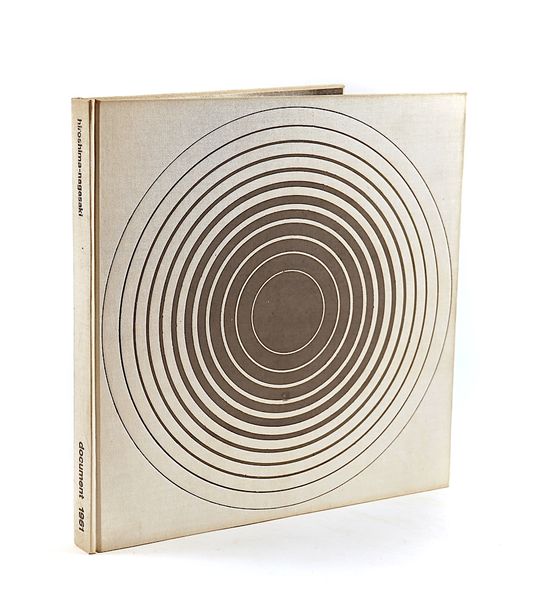 TOMATSU, Shoumei (1930-2012, photographer), Ken DOMON (1909-90, photographer), and others. Hiroshima-Nagasaki. Document 1961. Tokyo: The Japan Council against A. and H. Bombs, 1961. 2 volumes, 4to (280 x 280mm). Photographed illustrations, mostly monochrome, the volume of photographs bound in original white decorated buckram, the text volume in original printed wrappers, both contained in the original decorated cardboard slipcase (frayed, with some puncture holes). FIRST EDITION. No footnote to this devastating testimony to human suffering is necessary; it will suffice to quote the opening words of Hideki Yukawa in his foreword: "The tragic consequences of one atomic bomb dropped on Hiroshima by a B 29 bomber on the morning of August 6, 1945, and of another that flattened Nagasaki three days later, will be remembered for ever by all humanity. Three hundred thousand people were directly victimized by the two bombs, and today, 16 years later, about 200,000 others are still suffering spiritually and physically from the effects of the bombs. We know of no means of compensating them for their sacrifices and sufferings. For those who witnessed the most dreadful event in modern history, it is necessary to remember it, to leave writings, documents, pictures, and so on, to the generations to come, so that posterity may be warned against repeating the same folly. Such a dreadful disaster must never befall mankind again." Michel Auer 802 Photo Books 412; Parr and Badger The Photobook: A History p. 274. (2)