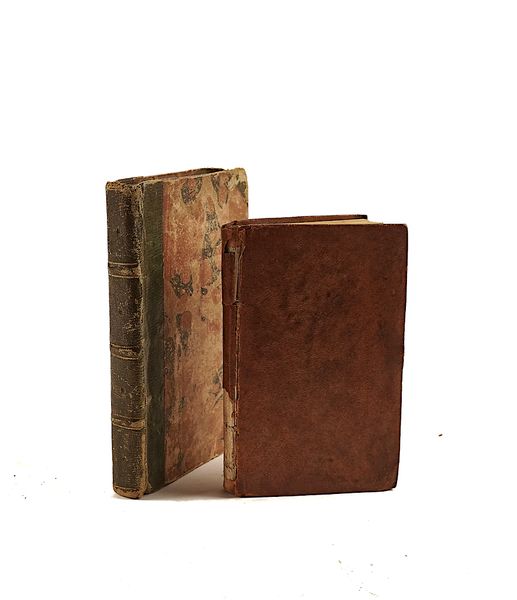 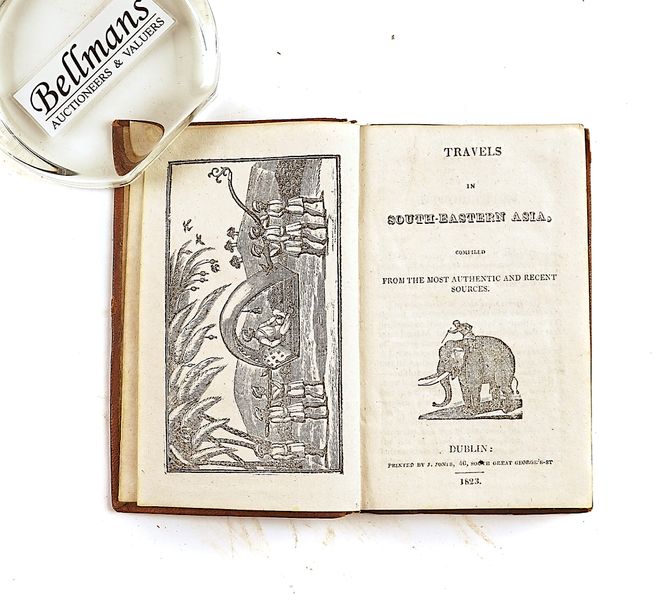 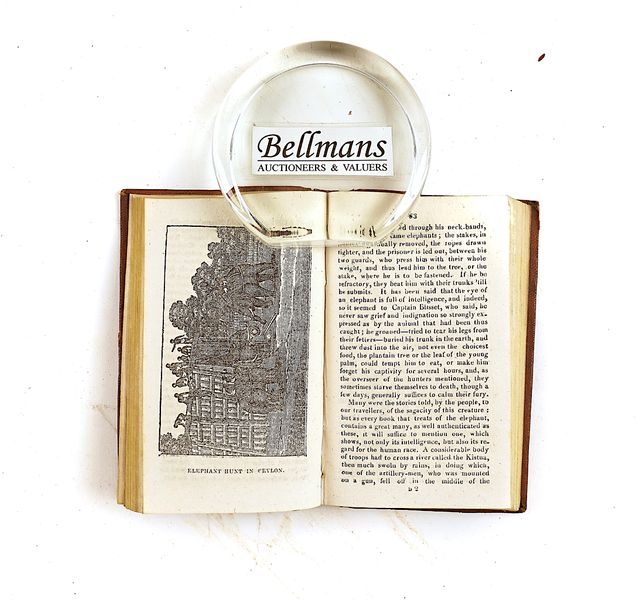 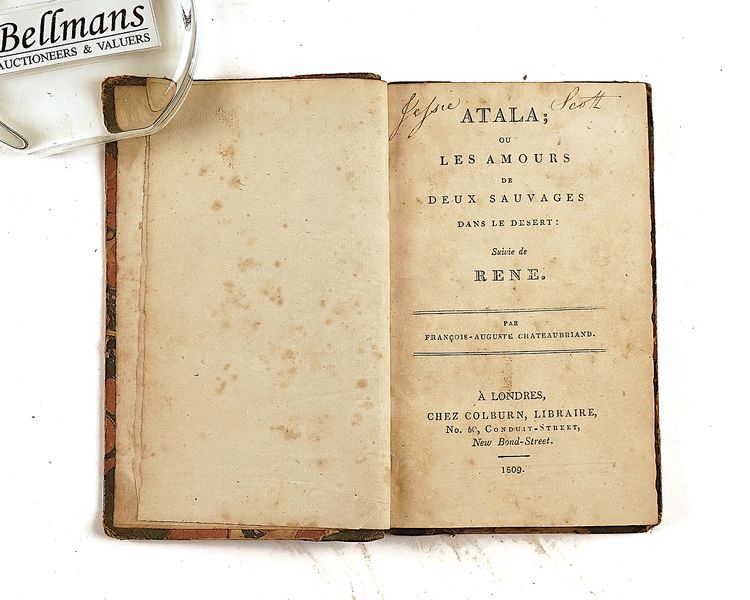 [ANON.]. Travels in South-Eastern Asia, compiled from the most Authentic and Recent Sources. Dublin: Printed by J. Jones, 1823. 12mo (134 x 85mm). Woodcut frontispiece, woodcut illustration of an elephant on the title and of a kangaroo on the verso of A4 and full-page illustrations of an elephant hunt in Ceylon and a bird-catching spider, woodcut ornament at the end. Contemporary calf (joints split, spine torn). FIRST EDITION. The book, whose author is unknown, contains a fictionalised account of the travels of a Dubliner on board the British Ship 'Asia'. The introduction mentions a further volume, describing their travels in northern Asia, which was published in the same year, and a third book describing an account of their travels Russia in Asia. "... [T]he present volume will embrace the British possessions in the East, Hondostan, and the countries adjacent, Caubal, Nepaul, and the Birman empire. It will also comprehend the vast empire of China, which on account of its commerce with England, passing thro' the hands of the East India Company, is habitually associated in idea with our British dominions in Asia" (from the Introduction). With François-Auguste Chateaubriand's Atala; ou les Amours de Deux Savages dans le Desert (London, chez Colburn, 1809, 12mo, text in French, contemporary calf-backed marbled boards, rubbed). (2)